Nitin H P digs through the history & antiquity of this ancient Digambar Jain temple that is on its ruins along the costal belt of Karnataka. 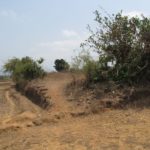 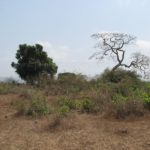 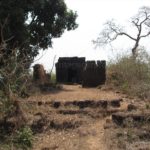 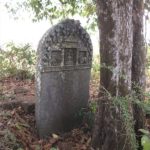 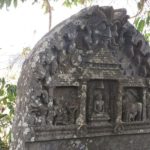 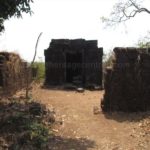 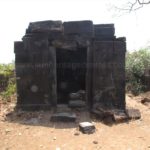 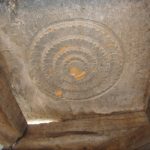 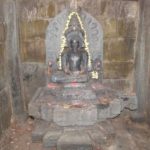 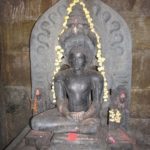 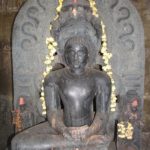 Not many travelling along the NH 17 in the Uttara Kannada district of coastal Karnataka near Murudeshwara will not even think about the existence of an ancient Jain shrine! “We cannot blame the passers by either. We have to blame ourselves for disregarding our ancient Jain heritage, not popularising and restoring it. There are many such ancient Jain Heritage Centres along this region of Karnataka which have been a victim of sheer disregard of the community”, Says Pandit Lakshmipati Indra, a Jain priest from Saraguppa, a small village near the taluk centre Sirsi in Uttara Kannada district. “We keep getting many such Jain Heritage Centres across our district that badly seek the keen attention of Jain community”, he continues.

The above words of Lakshmipathi Indra throw light on the sorry state of affairs of Jain shrines in this region.

Bastimakki is one such ancient Jain Heritage Centre that houses a ruined Jain temple in the midst of the open fields. It is situated at a distance of around 300 meters away from NH-17. No signage boards or any other indicators can be found around the temple.

When we start our journey from Murudeshwara and proceed towards Manki we can find this place Bastimakki. We will have to take a left turn from the NH and traverse a distance of around 200 meters, park our vehicles and walk through the open fields for a distance of around 300 meters to reach this temple. There isn’t any proper road/walk way leading to this place.

Temple Location – On looking at  the temple from a distance we feel as though this is some dismantled building/construction in an open field in the backdrop of a tree. On approaching nearer we can make out that this is a ruined temple with shrubs grown all around it.

Temple Structure – On examining the temple & its premises we can see the ruined Garbagriha/Sanctum Sanctorum with an attractive ceiling work. It is devoid of doors. Its entrance is in a very delicate state & is on the verge of falling any time. Preceding the grabagriha is a small hall-like enclosure with just around 30% of its wall remaining. Preceding the hall we can see the foundation of two more walled enclosures.

Main Deity – The main deity of the temple is an idol of Lord Suraprshwanath in padmasana on an attractively carved peetha (pedastal). The idol is flanked by Yaksha & Yakshi along with an arched attractively carved background. The right side of the idol along its thigh has been disfigured by miscreants with a blind hope that they will get some nidhi (wealth) inside the idol.

Worshiping the idol – Regular pooja has not been performed to the idol. The priest from the near by Kaikini Jain temple performs pooja once a week. The local villagers worship the idol at their convenience during some special events in their house or before they harvest their crops.

Inscription – Outside the foundation of the walls and with in the temple premises we can find a 5 feet high inscription in Kannada. Below is given an extract of the inscription.

This is a composite record mentioning about 4 grants. After paying a tribute to Jina’s order, this record invokes the blessings of Supârsva Jinésvara on Krishnaraya.

The Saka years quoted in the record are current year.

List of Grants mentioned in the inscription
First Grant:
The date of this grant is Saka 1461, Vilambi, Jyeshtha, bahula 3rd Thursday, this corresponds to Thursday, May 16, A.D. 1538.
On the date specified in 18, of Madiyuragadde-hittalu (Madiyura – is the name of a place, gadde – means paddy fields in Kannada, hittalu –  beans backyard of a house in Kannada) together with the land granted by Bhaîradevï yielding 208 mudis (mudi – is a means of measure. One mudi means 25 to 35 Kgs) of paddy as well as 30 silver coins for conducting regular worship of the deity and performing the charity for feeding the ascetics visiting the temple. This grant was to come in to force from the date of the Deepavali festival of the Târana-Samvatsara.

Second Grant:
The date of this grant is the lunar month of Adhîka-Jyeshtha which corresponds to Friday, May 17, A.D. 1538.
This grant of this record relates to Bhairu Heggade, son of Maniya Sangunâyaka. He renovated the Basti (Basti means a Digambar Jain temple, this is a term used in Karnataka) and made a gift of 25 mudis of wet land for defraying the expense of 101 mudis of rice required for conducting the services of Hàlu-Dhàre (Hàlu-Dhàre – it is anointing the Tirthankar idol with milk), offerings and feeding in the temple in his name. This is also said to have come in to force from the date of Deepavali festival of the Târana Samvatsara.

Third Grant:
The date of this grant is Dhatu Asvayuja bahula 14, Friday, this corresponds to Friday, October 24, A.D. 1516.
Itwas made on the date specified in 1-40 when Mahamandal?svara Saluva Immadi Devaraya-Odeya was governing Nagire-rajya and Haive, Tulu and Konkana countries It consists of 18 mudis of wet-land granted by the chief together with ail proprietary rights, and exempt from the usual taxes etc, to Sangunâyaka (son) of Sannappanayaka of Honnavara, in turn endowed it to the basti with a view to providing for the details of service specified.

Fourth Grant:
It was a gift to the same basti of a land yielding an annual income of 72 mudis of paddy made by Holeya-baliya Satananayaka for providing for the worship and daily feeding of the Jaina monks, after purchasing it with the price paid into the royal treasury (bhandara) from Mahamandal?svara Krishnadevaraya-Odeya, the Governor of Nagire, Haîve, Tulu and Konkana countries. This grant is said to have come in force from the date of Deepavali festival of Vilambi Samvatsara.