Old Jain shrine in Wayanad in ruins due to ASI apathy 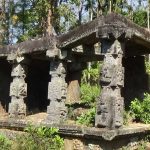 The temple ruins are located at Punchavayal, near Panamaram, in Kerala’s Wayanad district. 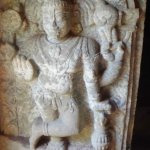 It is said that more than 300 sculptures are part of this temple ruins. Whatever that is remaining is itself a marvel to human eye and one great reminder of human skills. 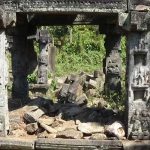 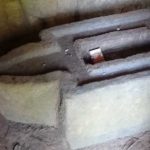 Empty liquor bottles, stumps of cigarettes, and packets of Hans that is adorning the floors of this epical monument today. 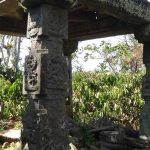 A Jain Temple likely constructed between the 12th and 13th centuries during the Hoysala reign in present-day Karnataka region is now in ruins, unprotected and abandoned though ironically a signboard of Archeological Survey of India (ASI) stands at the entrance declaring it to be a protected monument and legal action against those trying to
destroy it. The temple ruins are located at Punchavayal, near Panamaram, in Kerala’s Wayanad district and it seems the apathy of the ASI is behind this sorry state of affairs.

Wayanad, which is situated on a picturesque mountainous plateau on the Western Ghats, might be called the Paradise of Kerala. It is a land where tradition, history and mystery enchant every visitor. The lands of modern-day Wayanad is a significant presence in the course of Kerala’s history at least from the 10th century. The reflections of artistic expressions of the tribal community of Kerala in their distinct secluded form in the ancient social structure can be still traced in the hamlets of forested hilly tracts here. These were fair reasons for the students perusing their final-year post-graduation in History to finalise Wayanad as their destination for the study tour mandated in the curriculum of the 2017-19 batch of MA students of the department of history, Maharaja’s College, Ernakulam.

The plan did not consist of any time-bound itineraries rather the aim of the journey was to briefly understand the significance of Wayanad and Malappuram in the history of Kerala by getting a bird’s eye view of the places of historical relevance here.

It was by mere accident that the travellers noticed the temple ruins. The discovery came as a delight to the team of history enthusiasts. An ASI board welcomed them at the basadi (shrine). The board declared that the place was declared as a national monument according to the Ancient Monuments and Archaeological Sites and Remains Act (or AMASR Act) 1958 of the Government of India. It declared that those trying to damage the site would be punishable which included a fine of up to Rs 1 lakh and imprisonment up to two years. It was also stated that according to the Ancient Monuments and Archaeological Sites and Remains (Amendment and Validation) Act, 2010, the site and its surroundings were protected and any attempts of encroachments were a punishable offence.

Shockingly, the actual situation of the heritage site was pathetic. The remains of the stone structure were in an exposed condition and a major part of it has been already destroyed. Two stone temples in this area are called Vishnugudi and Janardhanagudi and were a testimony to a thriving Jain culture in the area in the past. It is said that more than 300 sculptures are part of this temple ruins. Whatever that is remaining is itself a marvel to human eye and one great reminder of human skills.

The walls of the temples have remains of inscriptions that if decoded may reveal new doors of Kerala history.

It was in 2014 that the ASI produced the first notification regarding its decision to undertake the protection of Vishnugudi. Though the board remains in a good condition no sign of protection is visible here. One tends to doubt whether this negligence is the result of the tendency to ignore the significance of Southern History when talking about Indian History as a whole.

While a look at the relics will surely bewitch anyone with an interest in art, culture or history, a closer look is equally disheartening. Empty liquor bottles, stumps of cigarettes, and packets of Hans that is adorning the floors of this epical monument today. This points to the presence of antisocial elements who can bring further danger to the existence of this heritage structure.

A photo exhibited at the Museum in Pazhahasi Kudeeram at Mananthavadi shows that the temple was in much better position earlier. The stone entrance that is seen in this photograph is not even found in a destructed form anywhere near the premises. The road runs very close to the monument and any plans to expand it can even lead to
a total destruction of the entire monument.

The old Kannada inscriptions in the temple throw light to the Jain migration to the northern part of Kerala from the Kannada region. The monument has typical Jain Architectural and sculptural features like the oral designs, Naga images, and Vyali mugam steps, Pillared Mandapas and fish images or those of the Minanathar…” Only with pain one could bid farewell to these relics.