History – Dharmasthala also called as ‘Kuduma’ in the early pages is an important and famous place of pilgrimage in Karnataka. It is situated near the river Nethravathi. The place has picturesque sourroundings. It is a centre for Jaina, Shaiva and also Vaishnava religious culture. There is situated the Chandranatha Basadi the place of worship and was built by Ammadevi and her husband Baramanna Pergade. Sri Manjunatha swamy the main diety of the place was brought from Kadri iin Mangalore. It was installed near the shrine of Dharmadaivas. Annual all religious meet and literary conference will take place regularly under the stewardship of the Hegede family which constitute the religious head of the place. At the top of the hill near by is situated a huge monolithic statue of lord Bahubali. Vasanthamahal, Manjusha museum, Car museum and the zoological garden are the other important places to be visited. Later it was moved from Karkala to Dharmasthala in a big trolley. Dharmasthala attracts thousands of pilgrims everyday from nook’s and corner’s of the country. Many educational and religious institutions are run by the trust here. Mass marriages are conducted every year and thus providing and taking part in the social work.

Bahubali Idol – The idol is a 39 feet and was sculpted by Renjala Gopala Shenoy in Karkala. This was installed in 1973 and stands over a 14 feet tall platform. While the statue resembles the rest of the Bahubali colossus around the state, a few unique factors such as the elephants showering flowers over the feet of the statue, and divine creatures untangling the creepers around its body makes it unique. The statue, with a breadth of 224 inches resembles the one at Venur, except for the serious expression it beholds on a face that overlooks the world through half-closed eyes. 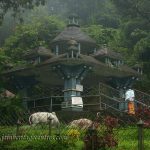 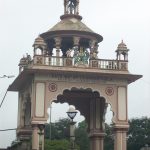 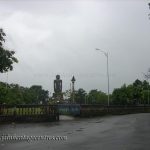 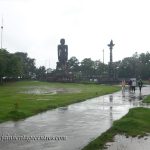 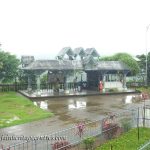 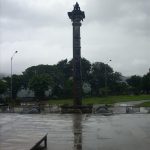 Brahmastambha in front of the Bahubali idol at Dharmasthala. 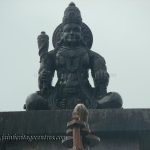 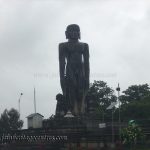 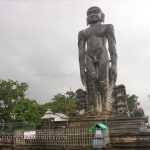 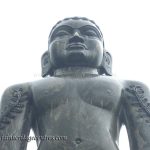 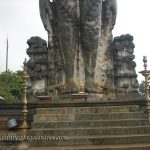 Sri Chandranath Swamy Digambar Jain Temple – Has a 2 feet high idol of Lord Chandranath in Padmasana as the main deity. An idol of Goddess Padmavati is installed in the antarala of the temple. The temple is surrounded by pillars with carvings of elements related to Jainism. 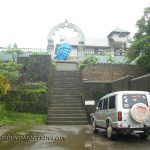 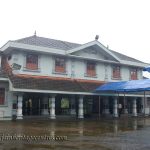 A view of Sri Chandranth Swamy Basadi at Dharmasthala. 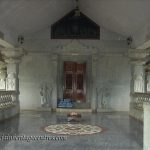 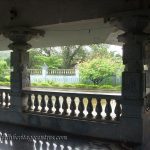 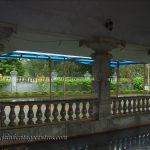 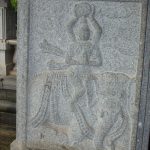 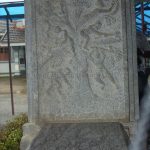 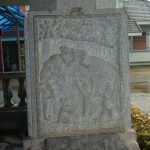 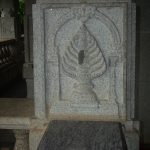 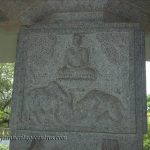 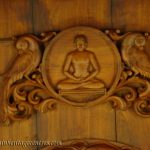 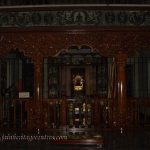 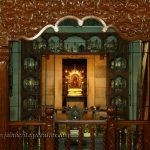 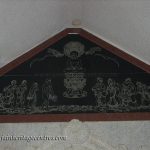 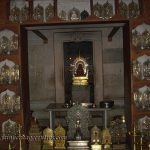 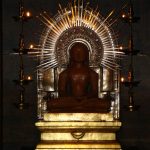 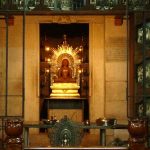