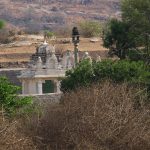 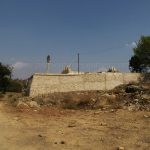 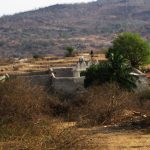 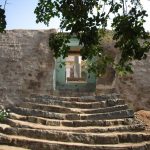 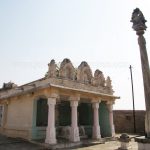 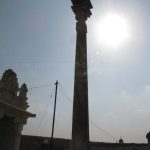 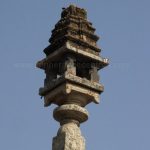 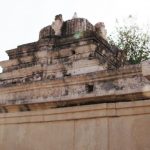 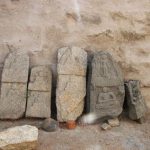 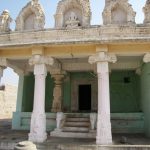 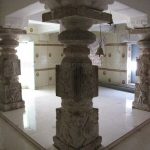 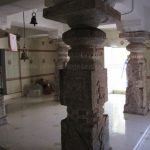 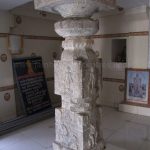 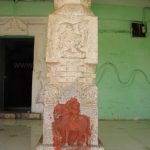 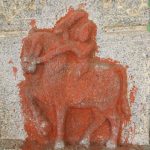 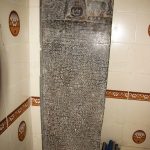 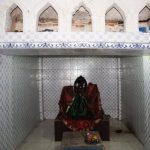 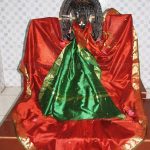 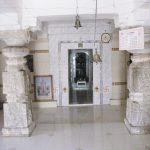 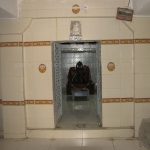 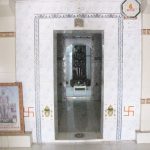 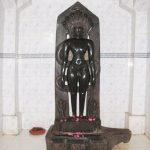 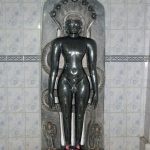 History – The temple of 1008 Sri Kashtaharana Bhagawan Parshwanatha situated on the top of the hill is very ancient. This temple is said to have been constructed in the year A.D.1232. This temple is also called as Joguvatti Basadi.

The temple is well protected with a small fort like compound around it.

It has a manasthambha followed by the main temple. The temple has a Mukha mantapa, navaranga, sukanasi and a garbagriha. In the navaranga on the left side is found an inscription. The main deity of the temple Lord Parshwanatha which is about 4 feet high is made of a black coloured stone and is installed in a pedestal.

To the left of the main deity in the navaranga is found another small enclosure. This enclosure houses the idol of Goddess Padmavathi.

2. In the same  basti, on the pedestal of the small Jina figure on the top of the inscriptions reads as below –

3. An inscription on a gong in the same temple reads as below –

Meaning – This gong was donated by a person called Penagonda Hampanna a resident of Gudibande (a taluk centre in the Kolar district of Karnataka) to the Parshwanatha temple of Nidugallu Durga on the 5th day of Bommakka Sukla Jeshta Shudda.

4. An inscription on a bell in the same temple reads as below –

Bank details for sending donations – Please contact the president of the trust and send donations to savings bank account no. 5196, Karnataka Bank, Pavagada.