History – Udaipur is named after Udai Singh who founded the present city in 1572.Chittorgarh had fallen to the Mughals The ‘glass’ temple, as the Shitalanatha Mandir is usually called, is very attractive, we can find a library and two big rooms for Jaina ascetics here. This temple is situated near the clock tower at the heart of the city. On the opposite side of the same street, called Bada Bazar, a short distance from here, we can find many Jain temples. Located near Bandor House in an avenue deviating from the Clock Tower to the South, there is an old Digambara Adinatha temple which has an exact replica of Sammeta Shikhara carved in marble.

Behind the Chetak theatre in the vicinity of Chetak Circle, a major landmark of Udaipur, we can find a big Swethambara temple named Sethi ki Badi Mandir the front wall of which is adorned with murals typical of this city. Another Jaina temple worth visiting is known by the name of Chougan ka Mandir, situated on the road from Chetak Circle to Swaroop Lake. The special attraction of this temple is the marble statue of a seated Jina which is worshipped as the first Tirthankara of the next time cycle. There are two more temples within the same compound, dedicated to Shantinatha and Mahavira respectively, as well as a secondary school, a club, a,Jaina bhojan-shala and the Shri Vijaya Shanti Shiksa Bhavan.

On the pinnacled temple of Bhagawan Chanda Parshwanatha, there is an inscription, of the year 1325 of the Vikram era. This ancient temple was renovated by Rugnathsinh in the year 1982 of the Vikram era. Glazed tiles on the walls and the painting of clay on the ceiling are attractive. This idol of Parshwanatha in Udaipur is also called the Udiyakar Parshvanath. There are as many as forty temples here.

How to Reach – The temple is situated in the palace road of Udaipur city. Bus service and private vehicles are available. It is a major city of Rajasthan for pilgrims and tourists. Boarding  and lodging facilities are avaialbe here.

Main Deity – Nearly 84 cms high, white-coloured idol of Bhagawan Chanda Parshvanath without a hood and in the Padmasana posture. 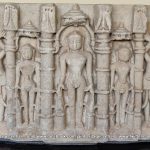 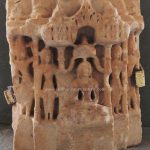 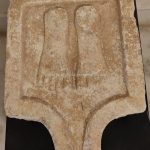 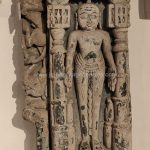 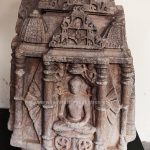 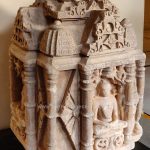 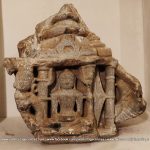 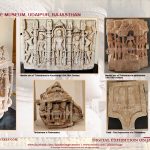