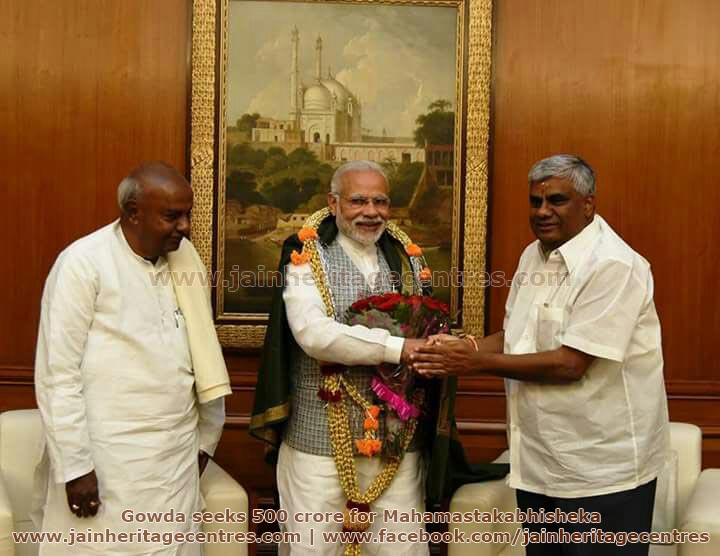 New Delhi, February 24, 2016: JD(S) supremo H D Deve Gowda on Thursday urged Prime Minister Narendra Modi to ensure a grant of Rs 500 crore for the Mahamastakabhisheka to be held at Shravanabelagola next year. The mega festival is held once in 12 years.
Deve Gowda approached the PM after the finance ministry reportedly didn’t respond to his request.
“Karnataka will have to give its share, but the Centre should also contribute for a festival that happens once in 12 years which attracts a large number of people globally,” he told reporters in Delhi.
Held once in every 12 years, the head- anointing ceremony of the 57-foot tall statue of Gomateshwara Bahubali at Shravanabelagola is scheduled to be held in February 2018. Gowda urged Modi for the release of grants for various activities.
“We have sought funds for construction of connecting roads in Hassan district. We have also urged the Prime Minister to look into the acute water scarcity in the district. We will meet the ministers concerned to addres this issue,” Gowda added. – News Courtesy: Times of India