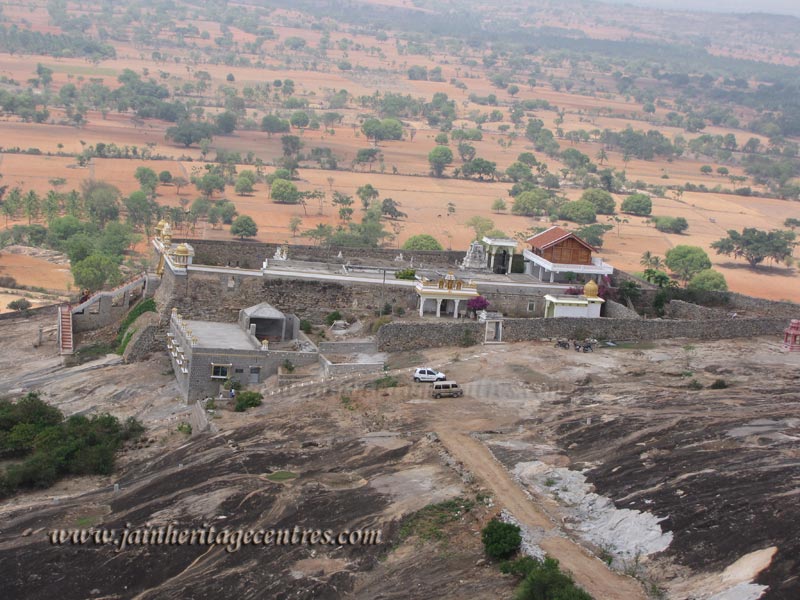 Kanakagiri (Chamarajanagar District, Karnataka), January 14, 2017: The Jain committee has organised the Athishaya Mahothsava at Kanakagiri near Maleyuru village from January 16 to February 5. The festival committee has made elaborate arrangements for the event. A 18-feet statue of Bahubali would be installed.

Addressing media here, seer Bhuvanakeerthi Bhattaraka Swami said, “Flower petals will be showered on the statue from a helicopter on the day. Several rituals will be held between January 16 and February 5. The Bahubali’s statue will be installed on February 2 and the first Mahamastakabhisheka will be performed.”

A Sarvadharma Samavesha would be held on February 2 and 3. Besides, a meditation hall, waiting hall for tourists and bus stand would be inaugurated. Antharmana Muni Prasanna Sagar, disciple of Pushpadantha Sagar Muni, who has walked all the way from Rajasthan was accorded a traditional welcome at the village on Thursday.

Thousands of devotees from across the state are expected to participate. Gajaratha Mahotsava will be held on the concluding day, he added.

Free health camp will be organised as part of the festival for the benefit of the people in surrounding villages, he said. – News Courtesy: Deccan Herald