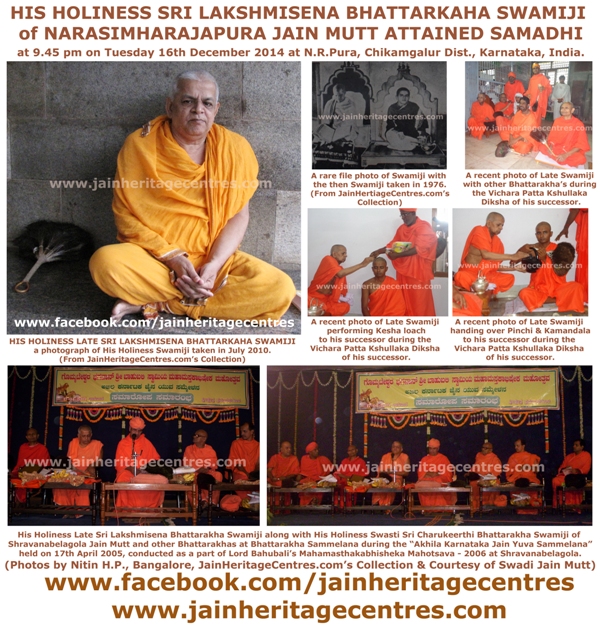 N.R.Pura Jain Mutt is one of the ancient Jain Mutts of India and is very popular for the shrine of Goddess Jwalamalini and Lord Chandranath. His Holiness Swamiji was initiated as the Bhattaraka of this Mutt in 1976 and he served as its pontiff for a period of 38 years. Since then he had evinced keen interest in the overall development of the place and contributed considerably to propagation of Jainism in the region.

Unique Tradition – Unlike the other Jain mutts, N.R.Pura Jain Mutt has a unique tradition of appointing the next Bhattarakha before the Samadhi of its current pontiff. As a continuation of this tradition the Vichara Patta Kshulla Diksha of the new Bhattaraka designate was held a few months back in the presence of Bhattarakhas from other Jain Mutts. – Nitin H.P., Jain Heritage Centres News Service