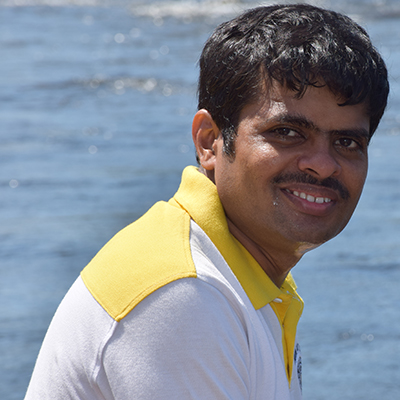 Nitin H.P. is the key person behind the websites www.jainheritagecentres.com, www.mahamasthakabhisheka.com and www.kanakagiri.org. Nitin was born at a place called Hubli in Karnataka on the 10th of January 1980 as the son of Dr.H.A.Parshwanath and Smt. H.A.Jayanthi. He completed his primary and higher primary education at the Rotary English Medium School Hubli and continued his high school education at Ideal Jawa Rotary High School, Mysore. After completing his Pre University education at Sharadha Vilas College, Mysore; he did his technical graduation in B.E. Mechanical at Vidya Vardhaka College of Engineering, Mysore.

Currently, he works for Langoor Digital Pvt. Ltd. and is the director – technology. Prior to this he worked at Wipro Technologies and was the technology lead of the Strategic Marketing team. He has successfully lead the transformation of Wipro’s corporate website wipro.com recently. Prior to this he is worked with Accenture Services Pvt. Ltd., Bangalore and was the technical lead of its internal communications & marketing team. He has put up close to 7 years of working experience in internal communications & marketing team at Accenture. As a part of his role at Accenture, he was closely associated with their annual photography competitions which led to the project of creating the worlds tallest photo sculpture, this further culminated on to become a Guinness World record. Prior to this, he worked as a Web analyst and graphics designer for 6 months at IBM India Pvt. Ltd. Before joining IBM he was working as a freelance web developer and was involved in handling websites for different organisations.

He is being greatly influenced by his father Dr.H.A.Parshwanath since childhood and is keenly interested in dramatics and has acted in about 15 dramas in Kannada which include Kindarijogi, Araginabetta, Misfortune, Mother Courage and many more. He is also a good painter and is especially interested in landscape sketching. His other hobbies include philately, numismatology, swimming and cover design of books.

He is also interested in writing articles related to different topics a few of which have been published in different magazines. He has also involved himself in various social organizations thereby serving the society.

International Projects – Nitin has worked with many international projects on Jainism.  Just to mention a few –

He has designed, developed and has taken great pains in developing the websites jainheritagecentres.com, www.mahamasthakabhisheka.com, kanakagiri.org, hombujapadmavati.org and swadijainmutt.org. Without him, it was totally impossible for launching Jain Heritage Centres. Also one cannot forget the support given by Swastsri Bhuvanakeerthi Bhattarakha Maharaj the pontiff of the Kanakagiri Jain Muth and his father Dr.H.A.Parshwanath in developing these websites. The valuable support extended by Nitin’s mother Smt H.A.Jayanthi and wife Smt B.Ashwini in his journey through JHC deserves special mention.

Nitin & Ashwini have a toddler Ahani who has been their inspiration in many of their projects.

Nitin can be reached through his emails nitin@jainheritagecentres.com or nitinhp@gmail.com or through mobile at 91 9880818869.