Jaipur: The ancient Jain temple at Juna, located in land belonging to the forest department about 12 kilometres from the headquarters of Barmer district in Rajasthan, is dated to the 12th century. 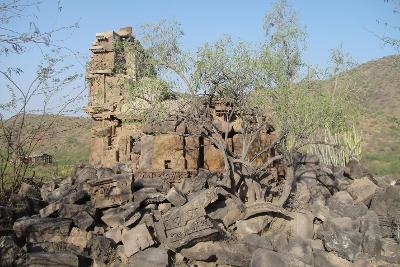 However, when visitors visit the spot, they see only rubble. A board at the spot proclaims that this is a protected monument, one on which the government spent a sum of Rs 72.88 lakh for “conservation”. The conservation work was undertaken between 2003 and 2005. What that sum was spent on is hard to fathom because all that remains on the sport is a pile of stones.

Barmer district convenor of the Indian National Trust for Art and Cultural Heritage (INTACH) Yashovardhan Sharma filed an RTI petition on June 27 with the state department of archaeology seeking information about the manner in which the Rs 72.88 lakh was spent. 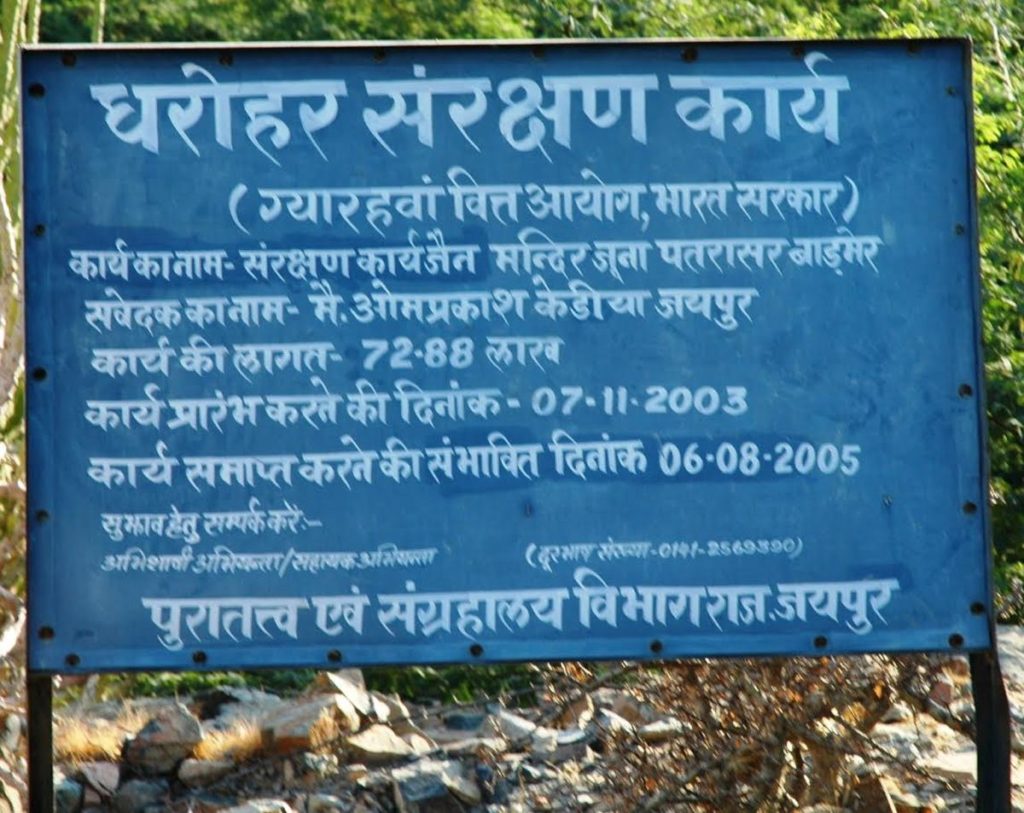 This notice board at the temple site says Rs 72.88 lakh was spent to restore the ancient structure.

He had also included 12 other points in his RTI application to the department seeking a list of protected monuments in Jaisalmer, Barmer and Jalore districts and the amount spent on the conservation of these. He sought details of the staff working at the department and details of clearances granted to industrial units and windmills in a 5km radius of the monuments in these districts. He has included also a question seeking a list of the state’s museums and the budget for these. 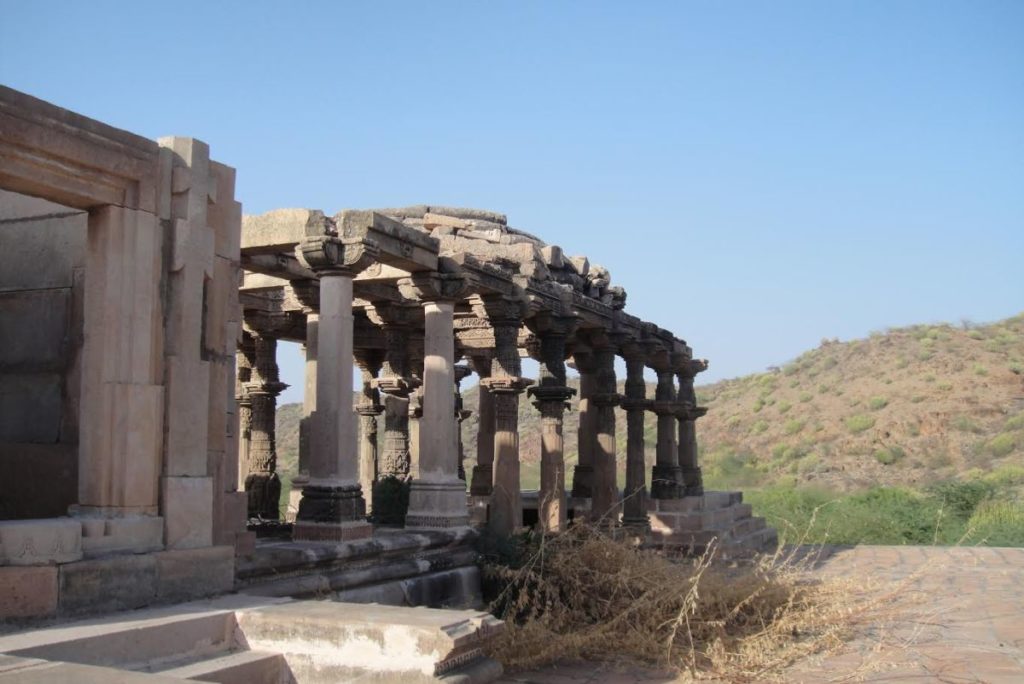 A part of the temple complex.

In its response to the RTI application, sent exactly a month later, the state department of archaeology and museums informed Sharma that since the information he sought was “excessively detailed,” it was not possible to offer a response.

Citing Section 7 of the RTI Act, 2005, the letter says that information may not be provided if “it would disproportionately divert the resources of the public authority or be detrimental to the safety or preservation of the record in question”. 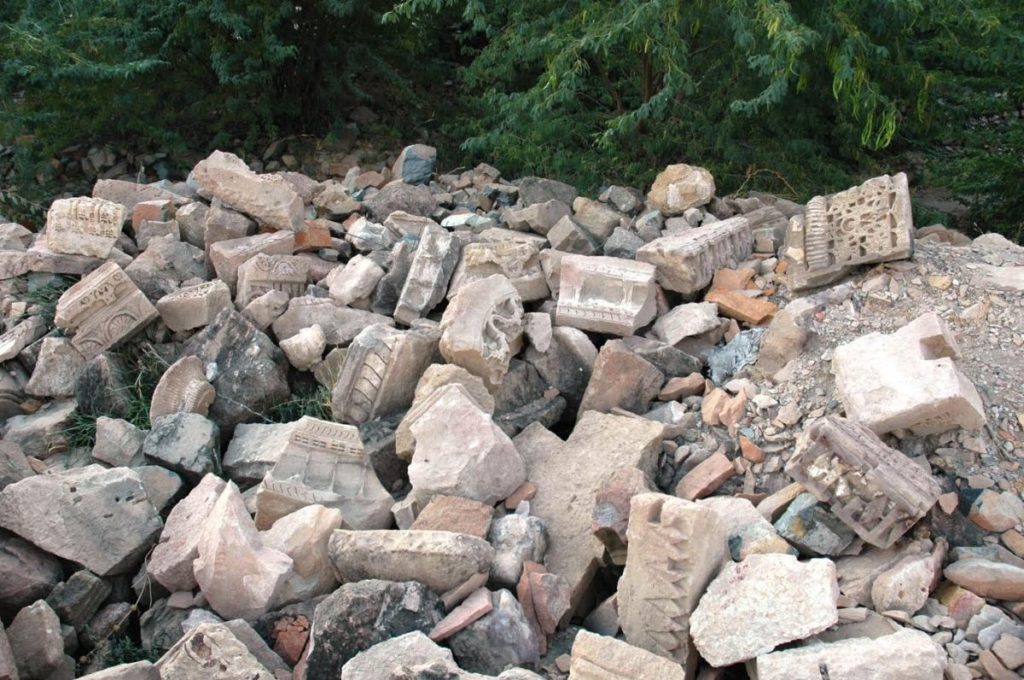 Stones from the ruins seen scattered and piled up at the temple complex.

Roli Singh, secretary of the department of archaeology and museums of the state government, said she would need about three days to find out details about the nature of conservation work undertaken at the site.