Vestiges Pooja Mahesh writes about a collaborative effort to save the Jain Heritage sites of the state. 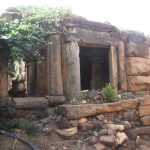 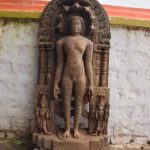 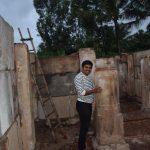 Home to many artefacts, archaeological and architectural wonders, it is of little wonder that several of these reflect the rich heritage of the country. There are various structures such as buildings, monuments, artefacts, spaces and precincts that are of historical, aesthetic, architectural or cultural significance.

However, these structures are not always maintained properly and are often found to be in ruins. This trend seems to be slowly changing with many citizens taking it upon themselves to protect and restore many of these heritage structures. In Karnataka, a team led by heritage enthusiast Nithin H P has been spearheading a series of renovations and restorations at Jain heritage places. Nithin set on a journey in 2002 and made use of the Internet that was just emerging. He started sharing all the news and information on the website www.jainheritagecentres.com.

Preserving a heritage
During his travels across the state, Nithin came across various Jain temples in ruins and individual idols in open fields. “An extremely rare idol was found in Haveri district. As we were not able to find a Jain temple nearby, the locals agreed to keep it in a Hindu temple for safekeeping,” shares Nithin. Motivated by such experiences, he decided to do more than just write about them. Hence, he embarked on a mission of rebuilding these temples and preserve idols.

Some of the projects are supported by Sri Dharmasthala Manjunatheshwara Dharmothana (SDMD) Trust, an organisation that has been working towards preserving some of these lost icons of heritage, under the public-private partnership model.
So, what went into renovating the temples is Nithin’s idea of sourcing information through oral history from the residents of the village. His basic questions on the historical background of the temple and its existence were addressed by talking to people and through a detailed assessment of the antique inscriptions and other manuscripts found on the temple site. All these sources of information provided a window for valuable insights of what the temple was in its heyday and how best can it be preserved.

During his visits, he takes photos and videos to publicise the temple’s existence. “The support of local people is very important as without their support nothing can happen.” shares Nithin. Once the initial research and write-ups are done, these are shared with the SDMD Trust to get their support for the renovation of the temple. At this stage, representatives from the SDMD Trust do a field visit to work out how much the renovation will cost. Nithin uploads short documentaries on the temple to motivate locals to contribute. At times, it becomes challenging for the team to work towards preserving a part of the Jain heritage as many do not see the need for it. There is often an irking question we need to battle with “What do you want to do with this?” and the possible answer would be convincing the people to acknowledge their past and making it their basic duty to preserve these temples for the posterity,” says Nithin.

Many of the volunteers who work alongside Nithin have the same passion he does to rebuild Jain heritage sites. “I am currently working on restoring a Jain temple near Mysuru with 12 other people. Despite the challenges that we face, this is one of the best projects that I have worked on,” shares Brahmanand Chipre, a volunteer. One of the challenges that they face is convincing the local community about the restoration work they do as many have reservations on how it is being done and that the idols might be taken away. To develop trust among the locals, the volunteers involve them in the renovation process.

“It is refreshing to read some of the articles on the work that Nithin does. His passion for the subject and heritage is obvious when he speaks with me and particularly in his writings. In my opinion, it is great that the team is on a productive mission to preserve heritage. There’s a lot of work involved,” shares Ravikumar Navalgund, a Kannada lecturer who helps Nithin decipher the inscriptions. The team takes around three to five years to complete the restoration work of a temple.