Carvings prove Jainism flourished in the region known for the Kakatiya dynasty. 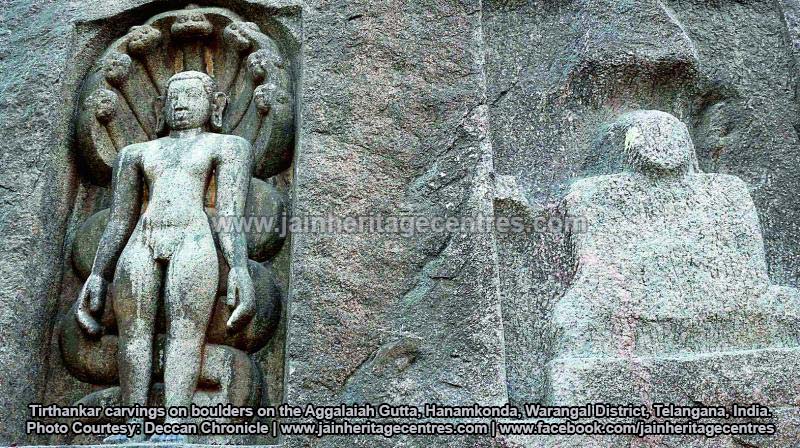 A carving of the seven thirthankars can be found on a boulder at Hanamkonda.

The Kakatiya dynasty has become so synonymous with Warangal that many do not know the fact that Jainism had been prevalent in the area, for a long time. In fact, historians say Warangal once flourished as a spiritual centre for the Jains and even during the Kakatiya rule, Jainism flourished. Experts say Jainism in Warangal can be traced back here to over 2,000 years ago.

On the Aggalaiah Gutta, right opposite the Padmakshi gutta in Hanamkonda, a 35-foot tall carving of 3rd Thirthankar of Jainism, Sambhavanatha in the Kayotsarga pose, can be seen atop a huge boulder. 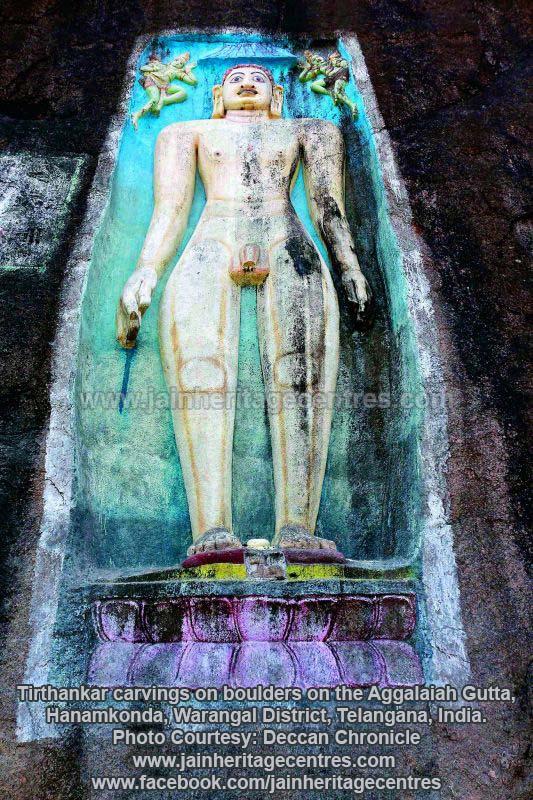 “Each of the 24 Jain Tirthankars has a symbol which distinguishes them. In the big carving, a horse can be seen near the feet. This confirms it is Sambhavanatha. Also, there is a snake in the other carving which confirms it is Parshvanatha. The carving of Sambhavanatha is found nowhere else in South India,” says historian and epigraphist Katta Srinivas.

In between these two thirthankars, a carving of Jain Basadi is seen which reveals that followers of Jainism meditated on this hillock. Further, after the Parshvanatha carving, hidden by some trees are 55 steep steps leading to the top that were carved in the same fashion as Shravanabelagola. But an interesting factor about these steps is that five are carved with tirthankar symbols — tortoise, elephant, Boar and other animals have been carved into this space. There is also open area on the top with two walls which belong to the Kakatiya period.

“These carvings prove the prominence Jainism had during those days. The disciples of Parshvanatha spread Jainism in Warangal and several other places during the 4th and 5th Century. There are evidences of Jainism in Jangaon and Kolanupaka But it can be established that Jainism prevailed in Warangal even before these two places,” said another historian, Sheik Sadiq Ali.