Sringeri is an ancient Jain heritage site. An ancient Digambar Jain temple of Lord Parshwanth is seen here. It is also a chief Hindu religious centre.

History – Sri Parshwanath Basadi (Digambar Jain Temple) is situated in the heart of Sringeri Town. This basadi was built in the memory of Mari Setty whose origin goes to one Vijayanagara Shanthi Shetty of Nidugodu village near Belur. The date of construction comes to about 1150 A.D. The main temple is 50 feet long and 30 feet wide. Compltely built of stone it has a slooped roof. The Basadi consists of Garbagriha, Sukhanasi, Navaranga, Mukha Mantapa and Pradakshina Patha.

In the Garbhagriha, there is the idol of Sri Parshwanatha Swamy presiding deity made of black stone. It is one foot high and on its base, the words Srimathparisanathaya Namaha are inscribed. Generally a single cobra holds its hood over the Lord’s head. But here, the speciality is that a pair of cobras intertwined hold their seven hoods like an umbrella. Hence this deity is known as Jodi Parshwanatha Swamy.

In the sukhanasi the idol of Goddess Padmavathi is kept. It is about nine inches in height and is made of black stone. Besides this, the beauty of the Sukhanasi is enhanced by the Jina images of marble, sphatika, black stone and the bronze images of 24 Tirthankaras in the Gandhakuti and by the beautiful idols of Brahma, Saraswathi, Ganadharas, etc. 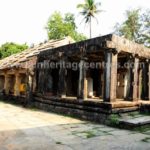 A view of Sri Parshwanath Digambar Jain temple at Sringeri. 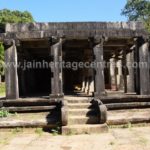 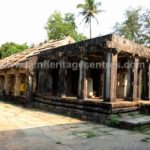 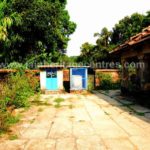 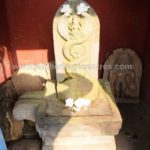 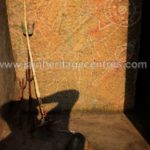 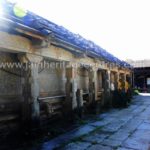 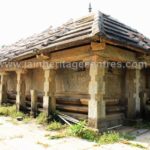 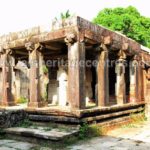 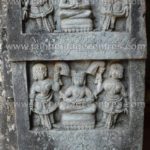 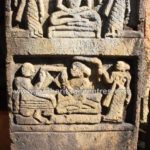 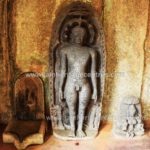 Tirthankar Parshwanath in kayotsarga along with other idols. 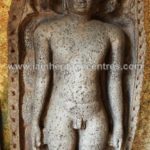 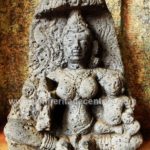 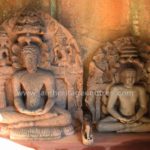 Idols of Tirthankar Parshwanath in Padmasana. 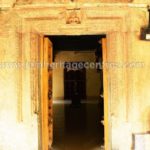 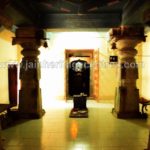 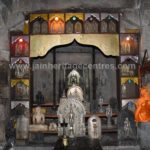 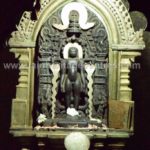 How to Reach – Sringeri is situated at a distance of 329 Kms from Bengaluru the state’s capital; 86 Kms from Chikamagalur the district centre; 80 Kms from Udupi; 95 Kms from Shimoga. The Karnataka State Road Transport Corporation (KSRTC) operates AC and non AC luxury busses from different parts of Karnataka to Sringeri.