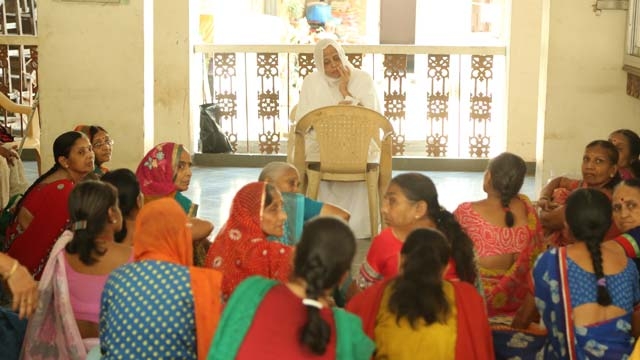 The fest entails observance of Ayambil tap, which includes fasting for all the nine days, spending more time praying and reading ‘Shreepal Raja No Raas’ the holy text.

Mumbai (Maharashtra), April 10, 2017: Navpada Oli, a nine-day fasting festival observed by the people of the Jain community, is taking place with a great deal of fervour across the nation. This bi-annual fest is celebrated during the months of Chaitra (around April) and in the month of Ashwin (around September). As we speak, the Chaitra month Navpada Oli which started on Monday, will go on till the April 11.

The fest entails observance of Ayambil tap, which includes fasting for all the nine days, spending more time praying and reading ‘Shreepal Raja No Raas’ the holy text. Pujyashri Bhavyanand Maharaj Saibji, a Jain Sadhvi/nun residing at Mumbai’s Jagvallabh Parshwanath Jain Temple (Malad) says, “There are several reasons for which the Navpada Aradhna or tap is undertaken by devotees. Though most people do it to pray for happiness, calmness, prosperity and compassion. Fasting leads to the detoxification of the body, which ultimately helps keep diseases at bay.” Fast is also observed, as this time of the year marks a change in the season, as summer sets in.

Ayambil, simply put, means to fast, but comes with several dos and don’ts and eating very limited kind of foods. The food is to be consumed only once a day with boiled water before sunset, and post that, no food or water is permitted. The food includes mostly eating lentils which are boiled using only salt, without any kind of masala or preservative. “Split Bengal gram, split green gram, red lentils, wheat, rice and few others can be consumed but in the boiled form. Apart from salt, ginger powder and asafoetida, nothing else should be added i. The likes of ghee, oil, chilli powder etc should be avoided, as the idea of fasting is to give the body a healthy break,” she says.

The nine days are dedicated to the nine different supreme entities of Jainism. This religion doesn’t believe in individual personification of God and instead believes that any individual can attain the highest level of consciousness or salvation by adapting all the virtues mentioned in the holy text of Jain Agam. After such penance, on the tenth day, everyone who had observed fast, comes together and celebrates ‘parna’ a coming together and breaking the fasts that were observed, by consuming the regular food,” she concludes. – News & Image Courtesy: DNA India