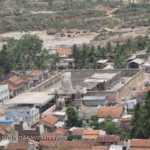 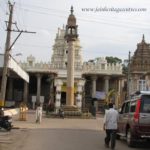 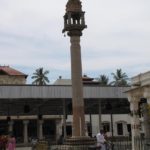 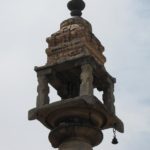 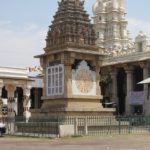 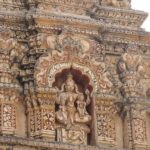 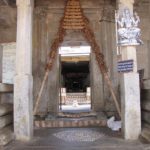 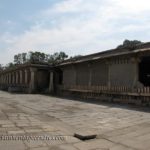 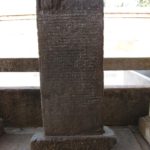 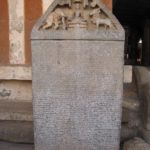 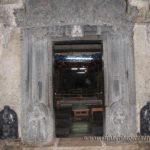 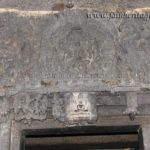 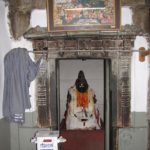 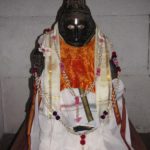 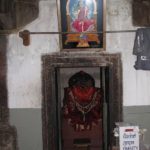 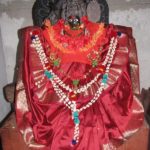 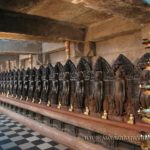 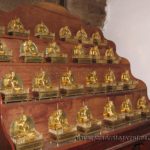 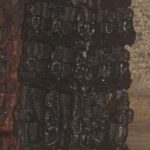 It is the largest temple seen in the town at Shravanabelagola and is built at different stages in different times. It measures 266 feet X 78 Feet. It bears Garbagriha, Antarala, Sabhamantapa and Mukha Mantapa constructed in simple architectural style. There is a long row of 24 prophets of 3 feet height in Kadgasana filling the Garbhagriha and the images are installed on the ornamental pedestal. It has three splendid doorways with carvings of human and animal figures and foliage. The idols of Yakshi Padmavathi and Brahma are found in Antarala, the entrance door bears a fine carving of dancing Indra with 12 arms and a plate of conglomeration of musicians. It was built in A.D. 1159 by Hulla, the treasurer (Bhandari) of the Hoysala King Narasimha I (A.D. 1141-1173). Hence it is named after him as Bhandari Basadi. The other huge constructions in front and around the temple were built during the Vijayanagara period. A fine manasthambha was erected in front of the main entrance. The temple has gained its importance because of the fact that it has housed the famous Bukkaraya inscription of Vijayanagara period mentioning the conflict that existed between Jaina and Sri Vaishnavas and finally resolved with compromise. Hulla was conferred the title of ‘Samyaktva-Chudamani’. A village called Sovaneru was granted for the maintenance of the temple. Devappa of Nanjarayapattana the son of chieftain Bukkaraya built a portion of the temple in A.D. 1527 and called it Saraswati Mantapa.