Shravanabelagola/Sravanabelagola is an ancient Jain heritage site and a pilgrim centre located at a distance of 145 kms from Bangalore/Bengaluru, 84 Kms from Mysore/Mysuru, 50 Kms from Hassan and 219 Kms from Mangalore/Mangaluru.

Origin of the Name – The place derives its name from the point that Shravana or Shramana means a Jain ascetic and Belagola or Biliya Kola means white pond.

Lord Bahubali – Shravanabelagola is popular for the 57.7 feet high monolithic statue of Lord Bahubali/Gommateshwara located on the Vindhyagiri hill engraved by the Ganga general Chamundaraya in 981 A.D. It is a dream location for many to visit Shravanabelagola and with this enchanting idol.

The Mahamastakabhisheka mahotsava – head anointing ceremony of the Bahubali idol is held once in 12 years. People from all over the world folk to Shravanabelagola to witness this event.

History – Shravanabelagola has a history of over 2,300 years. The two hillocks – Chandragiri & Vindhyagiri, Bahubali statue, over 600 inscriptions, and 27 Jain temples, caves have contributed to Shravanabelagola’s heritage.

Shravanabelagola continued to be the chief center of Jainism for several centuries. It played a major role with the propagation of Jainism in Karnataka and Tamil Nadu.

Inscriptions – The epigraphs spread over the 2 hillocks and within the town are a great treasure that helps build the history of Jainism in the region. Of the numerous inscriptions found at Shravanabelagola the inscription that describes the arrival of Acharya Badhrabahu towards South India along with his 12,000 disciples and the Mauryan emperor, Chandragupta Maurya is a very important historical evidence among all.

The ensuing pages in this section will try to focus on the history, heritage and other details of Shravanabelagola.

Shravanabelagola is at a distance… Read More »Route

Deriving of the Name

Shravanabelagola or the white pond… Read More »Deriving of the Name 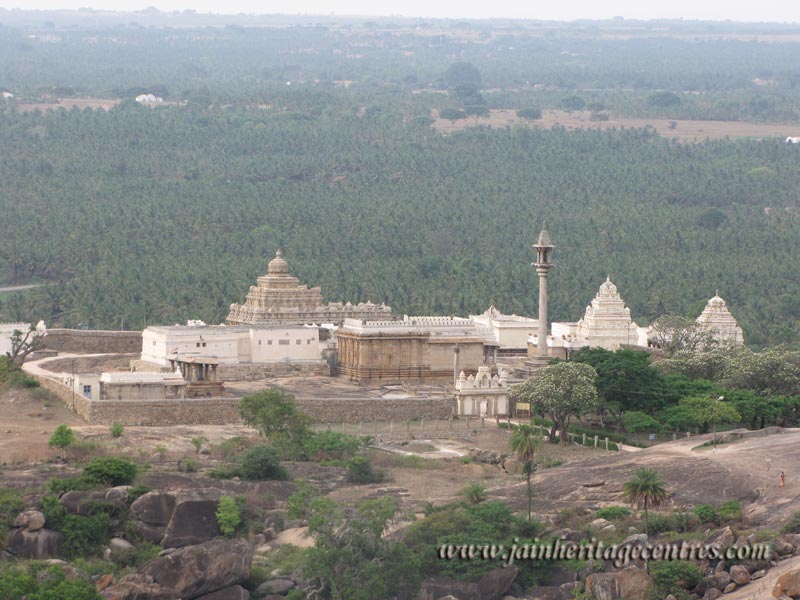 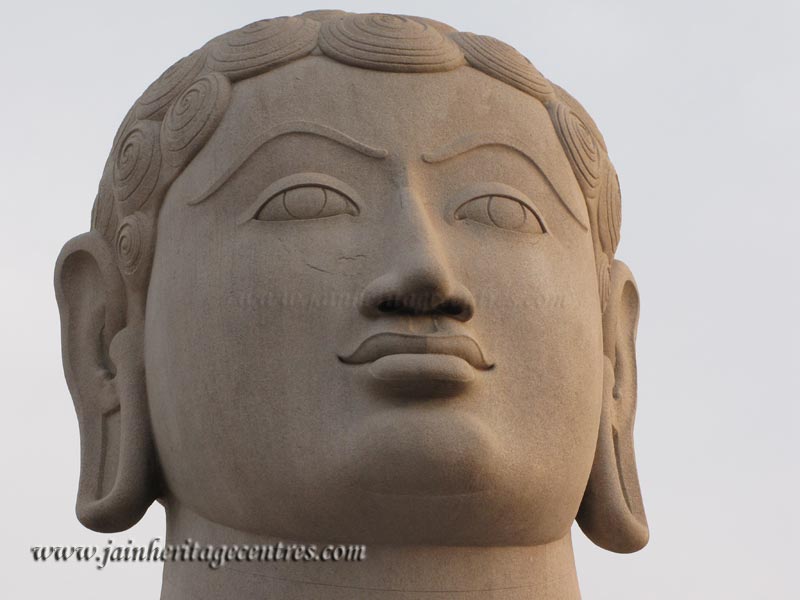 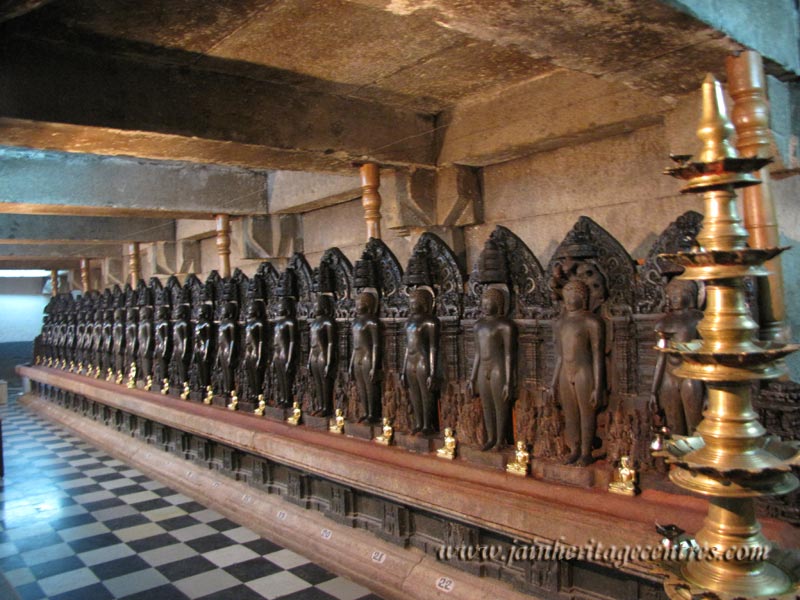 It is the largest temple… Read More »Bhandari Basadi 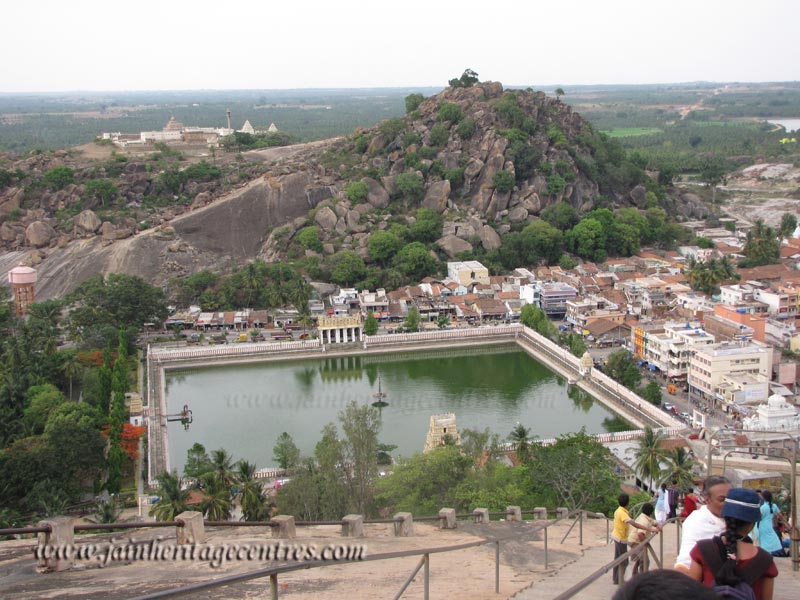 On the way to Indragiri… Read More »Kalyani

Shravanabelagola in all has 28… Read More »Poojas