This is found at a distance of around 3-4 Kms from the temple complexes of Hastinapur. This is maintained by Sri Digambar Jain Badamandir Trust ®.This is said to be place of Lord Shanthinatha’s (the 16th Tirthankara) enlightment (Kevalagnana). As a memory of this an attractive Mantapa with the foot impressions of Lord Shanthinatha and enclosures has been constructed at this place. A guest house has been constructed in its premises by Parshwanath Developers on request from the Bada Mandir Trust.

Around a couple of years back (2006) a very attractive idol with a series of carved small idols of Tirthankara idols in padmasana and a couple of idols of dancing girls embedded in the idol were recovered from beneath the ground around this Nishiyaji. However, the idol is broken and only a part of the idol is recovered with around 250 plus Tirthankara carvings. On careful examination of the idol we can conclude that this might be a part of a huge Sahasrakuta (A stone/metal structure having 1008 Tirthankara idols embedded on it is called as a Sahasrakuta). Examining the idol historians and Archeologists are unable to trace the actual period of the idol and are unable to find any reference to the kind of architecture used in the idol. They are of the opinion that the idol might be of more than 6000 to 6500 years old. Hence, this idol stands as one of the important references to scholars to prove the antiquity of Jainism.

Acharya 108 Sri Dharmabhushanaji Maharaj one of the popular and revered Digambar Jain Muni, on having a look at the idol and the place around this had opined that there might be a Jain temple buried inside the ground. However, due to reasons unknown the excavation works have not been carried out around this area. Instead the Jain samaj have constructed a Digambar Jain temple around the same area. The temple constructed in 2008-2009 has two pinnacles and is very marvelous from the architectural point of view. The Manasthambha installed in front of this temple is also very unique of its kind. It has an attractively carved pedestal with figures of flowers, dancers, drummers and animals. On moving further upwards, images of four girls in dancing postures and holding the mantapa have been carved. Four marble Tirthankara idols in padmasana facing four directions are installed in the mantapa. The manasthamba has been carved using an architectural style similar to the idol found underneath.

This Nishiyaji is found at a distance of around 700 meters from the Shanthinatha Nishiyaji. This is said to be place of enlightment of Lord Kuthunatha and Aranatha. In memory of this two mantapas decidated to Lord Kunthunatha and Aranatha with their foot impressions have been constructed here. 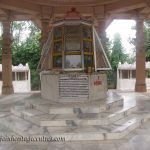 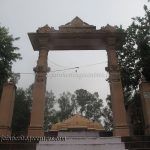 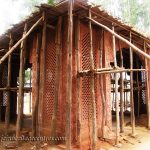 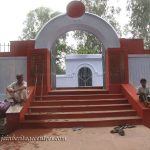 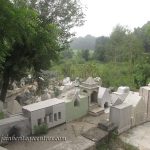 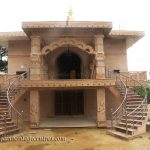 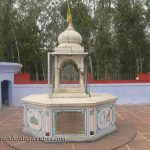 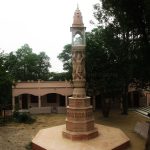 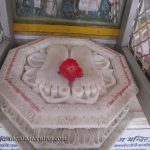 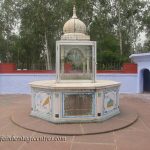 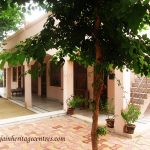 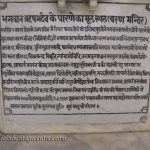 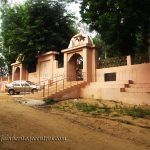 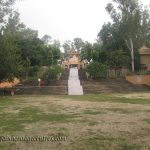 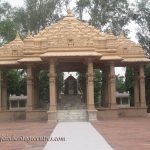 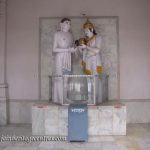 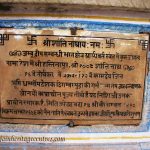 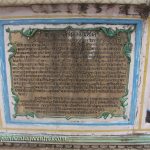 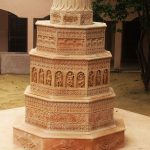 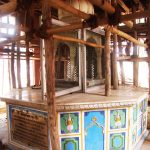 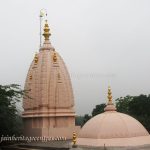 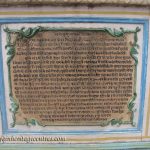 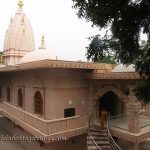 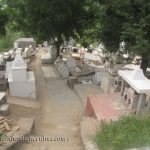 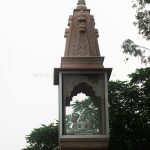 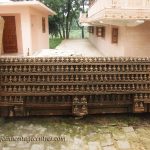