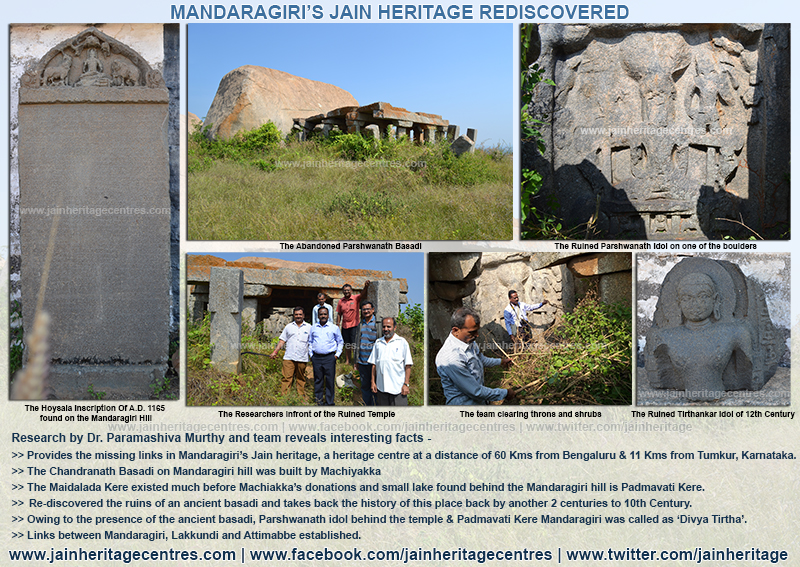 You go in search of something, but you stumble upon completely different. It is much more prevalent in history and leads to a different set of discoveries. Here is one such instance of the research conducted by Dr. D.V.Paramashiva Murthy (a professor at Tumkur University, Tumkur) and his team at Mandaragiri, a Jain heritage centre located at a distance of 11 Kms from Tumkur and 1.5 Kms off the Bangalore Pune National Highway 48 (NH48) that has helped in rediscovering its lost Jain heritage.

The temples on the hill are dedicated to Parshwanath Tirthanakar, Suparshwanath Tirthanakar and 2 others to Tirthankar Chandranath (one in Kayotsarga and the other in padmasana posture). All these temples are enclosed within a high raised compound. An inscription of 1160 A.D. (EC – 24, Tumkur – 61, Panditanahalli) found in the temple premises provides details of the construction of a Jain Basadi and a lake called as Padmavati Kere. However, the inscription does not specify the Tirthankar’s name nor the location of Padmavati Kere. Prof. Kamala Hampana, a learned scholar and researcher opines that the Maidalada Kere located to the north of this hill was called as Padmavati Kere (Maidalada Kereyada Padmavati Kere, Bharana, Pg. Nos. 471-473).

Inscriptional Details – The inscription reveals that a Temple and Padmavati Kere was built by Machiakka wife of Ereyanga who was the chief general of Hoysala King Narasimha I. It specifies that she was the grand-daughter of Nakishetty and Nagave and the eldest daughter of Bittiganka and Chandavve. It further provides details of her guru as Postaka Gachhas Desigana’s Sri Kondakondanvaya’s Gandavimukthadeva Muni. As a part of the religious activities she constructed the Basadi and Padmavati Kere at Divya Tirtha. It also includes details of the donations she made for the temple’s upkeep, for carrying on the Aharacharya of Jain Munis visiting the place and the temple’s renovation. At the inscription’s end is found a Jain Shapashaya (details of curse’s/ill effects to the people if they do not follow the instructions specified in the inscription).

Un-Answered Questions in the Inscription – In spite of the details specified in the inscription there are a few un-answered questions. They are as below –

The fieldwork undertaken in the vicinity provided answers to these questions and has led to the rediscovery of Mandaragiri’s Jain heritage. 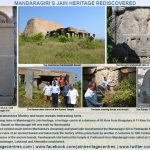 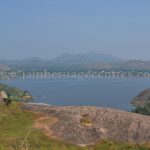 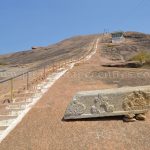 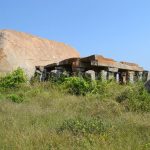 The steps leading to Mandaragiri Hill 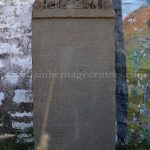 The Hoysala Inscription Of A.D. 1165 found on the Mandaragiri Hill 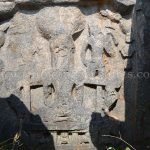 The Ruined Tirthankar Idol of 12th,Century found on the Mandaragiri Hill 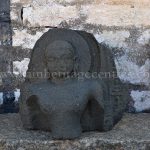 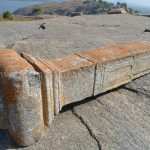 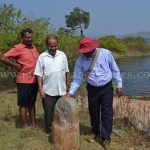 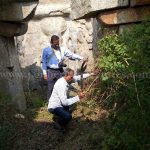 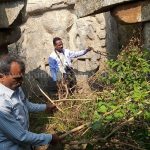 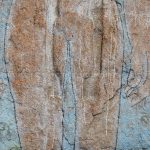 The carving of Parshwanath Tirthankara on a boulder 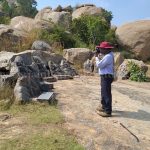 The Sapthamatruka idols of Ganga Period 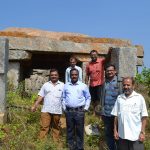 The Researchers infront of the Ruined Temple

New Discoveries – A recent fieldwork and further research undertaken by Dr. Paramashivamurthy have led to new discoveries in the vicinity.

Dr. Paramashiva Murthy opines that “a huge idol of Lord Parshwanath existed here and has been chipped off later by miscreants”. This could also be a Chaityavasi Tirthankar (a Tirthakar sitting below a tree).

This interesting research by Dr. Paramashiva Murthy has been successful in clearing the missing links in Mandaragiri’s Jain Heritage. Through this research, we are able to conclude the below facts –