New Delhi, January 27, 2014: The Government of India has notified Jains as minorities under Section 2(c) of the National Commission for Minorities Act 1992 on January 27, 2014. On behalf of the Government this was notified by Mr.Lalit K. Pawar Secretary to Government of India, ministry of minority affairs. As per Jains will be considered as minorities in India in addition to the other five communities already notified as minorities viz., Muslims, Christians, Sikhs, Buddhists and Zorastrians (Parsis) vide ministry of welfare notification SO No. 816(E) dated 23.10.1993 for the purpose of the said Act.

WWW.JAINHERITAGECENTRES.COM congratulates all Jains world wide on this historical occasion and thanks all the individuals & organisations involved either directly or indirectly in this struggle.

Special thanks for getting us this original scanned copy of the notification to:  Sudhir U Lodha, State Minorities Commission Member, Government of TamilNadu,India & one of our mentors Sri R.P.Jain, Jain Leader from Delhi. 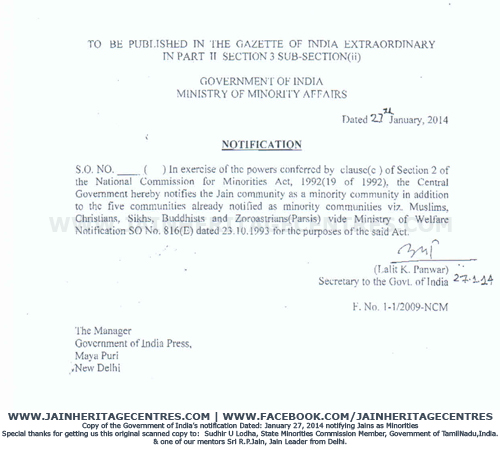 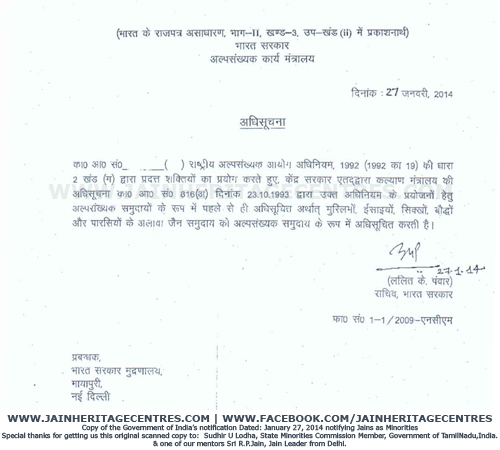